Editor’s note: The comments below were shared by Actor and Wish Kid Josh Dibble, who received his wish to attend the International Modeling and Talent Association Conference in Los Angeles in 2008. After his wish, Josh moved to New York City and found success as a model. Since then, he has been featured on “America’s Next Top Model,” where he made it to the semi-finals, and has acted in several independent films. Originally from Clayton, NY, Josh currently resides in Los Angeles, where he is working and studying acting.  Josh shared these comments at the 2015 Sugarmman Law Firm Wish Ball, for which he was the featured speaker. 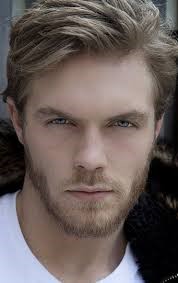 I’m Josh Dibble – I’m a wish kid and I’m living with Wilson’s disease. When I was 12, only a couple of days into the start of 7th grade, fellow students and teachers started noticing that I was becoming a little jaundice.  When I went home we couldn’t tell because our lights had a yellow hue to them. In the next couple of days it got worse and even with the lighting in our home – we were able to notice the discoloration of my skin. My mom being a phlebotomist got scripts to do blood work and my results came back off the charts.

My disease does not let my body process copper.  People only think of that as being a metal but it’s actually in a lot of things just as zinc and magnesium are. Normal levels are 0-45 with 45 being high.  Mine were 2,500.

I spent the next couple of months in the hospital with every test In the book being performed on me. They had no idea what was happening. They have done two episodes of the show “Dr. House” on my disease and for anyone who knows the show it’s always the most extreme cases. I lived that. It took them a year to finally diagnose me and say that it is in fact Wilson’s disease.  It was very hard because my disease presents in so many different ways and my mom was actually the one who diagnosed me.  She did so much research and said that’s what it was but the medical professionals didn’t want to take that from her. yet everyone knows – you should always listen to a mom!

Growing up, I always wanted to be an actor. I was what some would call an eccentric kid and loved making things come to life especially playing with my toys and perfecting sound effects. What a lot of people don’t know is acting is a business. Starting in any business is not easy or cheap. We could just never manage to get into it.

We were told about Make-A-Wish through one of my mom’s co-workers, so we picked up the phone and made a referral.  Shortly after completing all of the steps, we found out that I was to be granted a wish.  When the wish granters came to my house they asked for three wishes in case one of the other two could not be done.

My number two and three wishes were to go somewhere tropical because who wouldn’t.  But my first wish was to attend IMTA (International Model and Talent Association), which happens twice a year – once in New York City and again in Los Angeles. LA is the one I wanted to attend.  They said most kids want to go to Disney and that this was one of the most unique wishes they had received.

Most people have six months training going into the competition; I had none.  I was a very, very shy kid, like abnormally shy, so I just did modeling as a door opener and I didn’t have to talk.  That special wish and that competition was over eight years ago. Today, I’m still following my dream as an actor now living in LA.  None of this would have been possible without Make-A-Wish.

I owe a lot of where I am today to this organization and because of all of you who believe in and support the mission. You and they have made one of my dreams into a reality – not just something that lasted for a week. As cliche as it may be, I truly live life by the motto “everything happens for a reason.” Good or bad you choose how to deal with it whether it consumes you or you use it to grow. 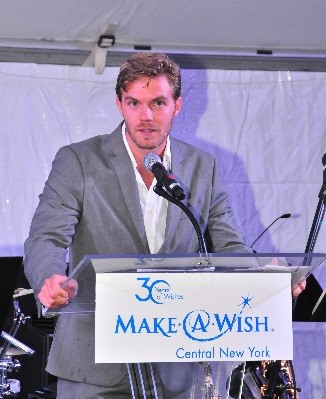 In a lot of ways, Make-A-Wish reminded me of my grandfather. If he was here tonight, every single person in this room would know who he is; he could talk to anybody and everybody. Whether he talked to you for an hour or five minutes, you would know exactly who he is. He had a way of thinking outside the box and getting things done. He always referred to himself as the outsider. Make-A-Wish has a way of getting things done, when you don’t think that they can do it.

My disease has changed my life, and I am where I am today because of it, and I wouldn’t change it for the world. You choose what you do because of something, you can either let it consume you, or you can grow from it. One of my goals is to eventually be able to go full circle and grant a wish for a kid someday, because I know what you need sometimes when you’re struggling.

Thank you all for being here tonight and for supporting a foundation that I know first hand changes lives and makes wishes come true.