I cannot express how much the Make-A-Wish® Foundation has impacted our family’s life. We were overwhelmed when they granted our daughter’s wish in 2002 when she was diagnosed with a Wilm’s Tumor. We were so amazed and never thought that our son would also be in the position to need a wish in 2014. You never imagine that you will have one sick child, much less two. 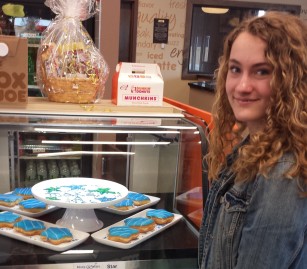 In 2001 our daughter, Katy, was 2 years old. She was not feeling well so we took her to the doctor. Initially, the doctors could not find anything wrong and misdiagnosed her with a summer virus. When she did not get better, they thought maybe it could be pneumonia and admitted her for further testing. My husband and I thought pneumonia was bad enough but when the doctor came in and closed the door we knew it was much worse. The doctor told us that our baby had a cancerous tumor the size of a football growing in her kidney. She was immediately rushed to Syracuse and that began our nightmare.

Thankfully, after numerous hospital stays, surgeries, chemo, and radiation, our daughter was pronounced cancer-free! We were so very happy. We never expected that she would be recommended by our doctor to receive a wish. We were not very familiar at the time with Make-A-Wish® but we soon found out how very amazing it is. Katy adored the Disney princesses and as you can guess, she wished to go to Disney World. It was such a magical experience for our whole family. We were treated like royalty. It was so much fun after a grueling year of hospitals and doctors.

The years passed and the hospital visits became less and less. We enjoyed our two kids and never took for granted a moment spent with our children. Then tragedy struck again 10 years later. We took our son Nicholas (who is 19 months older than Katy) then 14, to a sports physical. The doctor called us that same night concerned with the high levels of protein in his urine. After several doctor visits to Syracuse and Boston, we found out that Nicholas was in kidney failure and it was just a matter of time before he would have to undergo a kidney transplant. His health slowly deteriorated until last May when he had to have a transplant. Thank God, I was a match and he got to have his transplant instead of undergoing dialysis. Nick went through a tough few years of not feeling well. Many days he could not get out of bed. 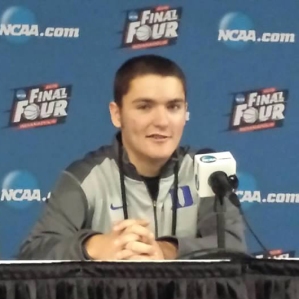 Through all of this, we never once considered that he would receive a wish. When the wish granters contacted us we initially said no. We felt so blessed to have had one wish we did not want to take another. We were told that we would not take a wish away from another child and that Nick deserved one as much as his sister did. We felt like we didn’t deserve it but after many talks we realized that Nicholas really did deserve it. It wasn’t about us or our pride. It was about him.

Nicholas is a HUGE basketball fan and he wished to go to the NCAA Final Four with his dad and his Godfather and his son. Nick was SOOO thrilled when his wish was granted!! It was a once-in-a-lifetime experience for him and he loved every single minute! He even got a $500 shopping spree at Finish Line! His favorite team is Duke and they were there AND won it all!!! Imagine his excitement!!! He was allowed on the court and got to do a ton of fun things while he was there.

Make-A-Wish® is SO amazing!!!! We are forever grateful for the memories and the happiness it has brought to us. We have vowed to do everything we can to help! WE LOVE MAKE-A-WISH®!!!!!